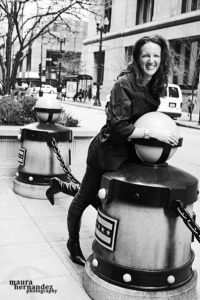 Kim Mance and I were recently panelists together at the NATJA convention talking about how blogs are valued and how to make one valuable. I tracked her down afterwards to expand on some of the things she mentioned there while telling her story and giving good advice. The only thing she couldn’t answer was…what’s taking them so long to announce the next TBEX dates and location? Sorry.

Most writers know you as the founder of the successful TBEX convention. Tell us how this now-huge travel bloggers conference got started and how your role in it evolved over the years.
I’m truly humbled and flattered by the first part of your statement because it was a total fluke. I was working very hard on launching Galavanting (see below), and happened to “meet” some really engaging, generous and cool travel people online during that time frame. At some point, I emailed six of them inviting them to stay at my place in Chicago during another larger and more broadly focused conference. One thing lead to another after a phone call from Debbie from Delicousbaby.com, and once we’d invited more folks to join, a deluge of travel bloggers sent RSVPs. I needed help. So I reached out to the Chicago Tourism Office, which was extremely helpful and from there, TBEX was born.

I’m not an event planner, and therefore never planned to plan events. It just happened. And that’s why I still like TBEX so much. Travel writers and bloggers just can’t help themselves. No matter how far and wide they traverse the globe, they always want to meet up with like minds.

But still, I was no event planner, and even with all the kumbaya, TBEX needed help. I was very relieved that Rick and the professionals took over in 2012 after New Media Expo acquired the TBEX events.

What is Galavanting all about and how did that get started?

Galavanting was born during a conversation with a wonderful woman in my office, Katy, while I was working in communications in Washington, DC. My young son had a relapse of spinal cord cancer, and I realized I needed to phase out of my high-pressure job and go freelance full time (I’d been writing a lot on the side), so I could work from hospitals and such. She and I chatted about what would be the thing I could be most passionate about would be. And how I could have the most ideas for going forward for freelance work. Travel always came in on top of the brainstorm pile of ideas. My first trip abroad was at the age of fourteen while volunteering on a church trip (I’d found a loophole in my Evangelical upbringing and could see other parts of the world if I pretended to want to evangelize it).

From there forward, Katy and I wrote ideas on those big poster sticky-notes on a wall, cataloging all the things we thought were missing in travel media for people like us: Brave, perceptive, non-trust fund women with an insatiable curiosity about the world. A few friends joined in on brainstorm sessions over a few months about what they’d like to see in travel media, then I got to work learning Dreamweaver software, HTML, CSS, etc… I worked on it full time for months, and we launched Galavanting to 15k visitors the first month. No matter the momentum now, it has steady traffic regardless of how often we post, so I take it we were on to something. 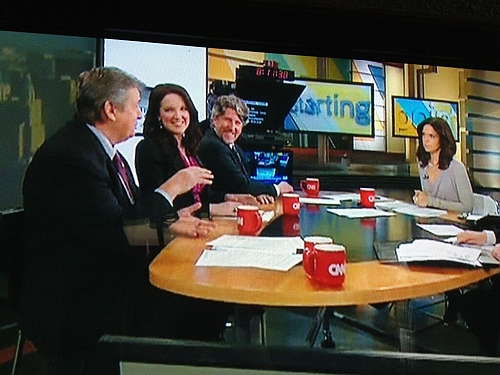 Who else have you written for in the past and what else are you working on now?
I started my writing after an invitation from Huffington Post in 2007, soon after their launch, and after getting featured on their homepage several times, got more confident to pitch paying editors. I’ve done things for a lot of outlets since then, mostly on the sheer bliss of ignorance and not knowing how hard it is to break into writing. Places like Babble, Marie Claire, Condé Nast Traveler, Travel + Leisure, and even the Women’s Policy Journal of Harvard (yep, that Harvard) have published me since I put my mind to it.

Right now I’m doing a lot in freelance TV projects while working on a book of my own. It’s an amazing leap from gaining an online following, but a natural leap (ugh, I sound like a douche with that statement, but it’s true). In truth, I kind of feel like I don’t work at all now, because it’s all very fun and satisfying work. But I guess that’s how you know you’re doing the right thing — work doesn’t feel like work: it feels like living. My entire goal has always been to influence travel media more into reality rather than platitudes or stereotypes, and broadcast media was a central goal to that end. So I feel like I’m fulfilling that now to some extent. Boy, I sure would [email protected]*%$ng like to be the female Anthony Bourdain though.

I’ve also joined a band in upstate New York, just south of Woodstock. I’m somehow become their lead singer, to complement their stellar skills as musicians. We’re still in rehearsal mode, but I expect at least $14 from our first gig.

I guess I always follow my heart, regardless of the tip jar. The heart is much more passionate than the head, and seems to find resonance with others more readily than strategy. Yes, I’m kind of a hippie.

One great thing about being a writer is you can follow something that intrigues you and become an expert on it after a while. How did you get to be recognized as a Nikola Tesla expert and invited to a conference on him?
The great thing about being a travel writer sometimes means you can be a huge, huge nerd. An no matter how few people follow you to that nerdy place, there are enough. Enough to make an impact.

I got — and am still — obsessed with the turn-of-the-century inventor Nikola Tesla. He literally described a mobile phone in a 1906 New York Times interview during a time when you had to wind a crank and hope to reach an operator to place a call. The man was an eccentric and full of curiosity. Which is where I find my resonance: eccentric people who are effective and contribute to the greater good.

Anyway, after creating a Nikola Telsa tour by following his major places he lived and made inventions (Rural Croatia, NYC, Colorado Springs, Niagara Falls, Belgrade, Paris, and others), I got asked to speak at a conference about an upcoming science center dedicated to him on Long Island (the site of one of his laboratories), among other cool, nerdy things.

You never know what can happen when you get obsessed with something. And often, it can even be better than being invited to speak at a conference on your hero.

What are your main revenue streams and how do you see that changing in the next few years?
Originally I thought we’d make around $3,000 a month through advertising with Galavanting when launching it it 2008. There were spreadsheets. I was sure of it. But all through that time of launching the site, I funded it (and eating) through freelance writing for other publications. Galavanting didn’t start turning a profit for years. And by profit, I mean, paying for fees to run the site and a salary for those working for it. Replacing an income – that’s what I mean.

So, my income now is a huge mish-mash of things. It’s partly freelance writing, partly the sale of TBEX, and a lot of freelance TV work. I don’t think anyone should ever underestimate the power of their own expertise. Even if you just do it for the love of doing it, like I do, it often converts into people paying you to write or talk about your passion. 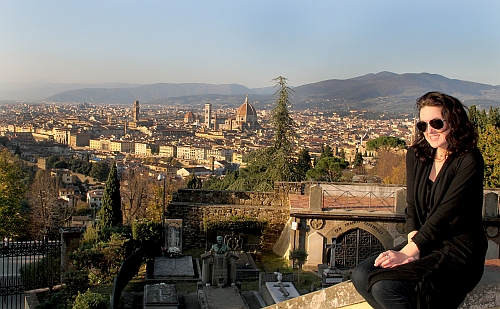 What advice would you give to a travel blogger #8,462 just starting out right now?
Be passionate. Not about getting traffic or ad revenue, or klout (cough, cough).

Be a person, not a bot. Be yourself. Create something you think is missing and do it in a very sensible way. Once you’ve isolated what it is you’re excellent at doing, make a plan, but not a cynical one that makes you feel guilty (or you’ll lose your creative edge). Use that smart plan to help get your take on things out into the world.

Know that: A) No one gives a crap unless you have a very specific angle that someone is interested in knowing, or knowing more about because they’re as obsessed with the topic as you are. And B) There’s no such as a million-dollar idea without a crapload of work behind it. Going out on your own is about 300% more difficult than being in an office cubical. It takes all you have to give. But as I said before, it doesn’t even feel like work if you’re doing what you love. It feels like more like you’re cheating the system. If you’re able to do that and eat and pay your bills, you’re probably on the right track. If not, get a bar tending job and refocus your work until it does.

Kim Mance is a travel writer and a bit of a wisecracker.