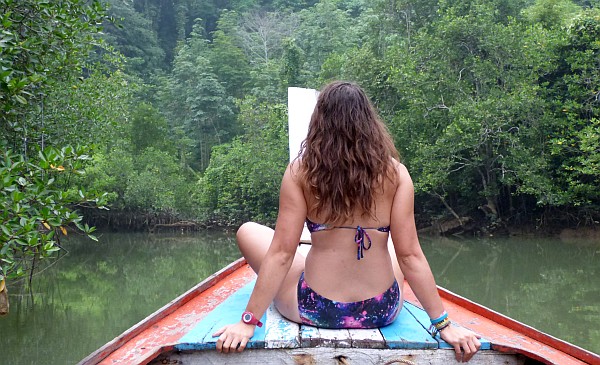 The other 38 hours are not so glamorous

Like most fun gigs, travel writing is a dream job if you don’t need to care about the money. If you’re trying to go pro and make a living at it, all the perks and glamour will only take you so far.

I have no idea how many travel bloggers have given up in 2020 with the decline in travel, but I bet it’s in the thousands. Anyone who was relying on press trips and industry hosting to cover their travel and living expenses as they bopped around the world has been out of luck for most of the year now. Those who didn’t have a sustainable business with multiple streams of income soon found themselves with bills to pay and no income from those boring listicles they were writing.

I was once on a press trip with a travel writer who used to pull in a great salary at a PR firm. She had spent the last six months jetting around the world writing travel articles for whoever would publish them—at any price—and for her own fledgling blog. She had been in a dozen countries on four continents in that time but…”I’ve got to figure out a plan because my savings are almost gone.” It turns out she was living the jetset life on Instagram and Facebook, but her bank account balance had been dropping like a rock that whole time. The income didn’t have much “in.”

Now I’ve heard of many others who got a similar rude awakening, but abruptly. Some who looked like the pinnacle of success on Instagram have now stopped posting anywhere. Those 50,000 followers didn’t mean very much when the direct pay-to-post money dried up. With nobody reading their blog and no expertise to parley into freelance gigs, they didn’t have anything to fall back on.

Starting from scratch and making real money as a freelance travel writer the first year is pretty tough, as many have discovered. Trying to accomplish that as a blogger is even tougher. It takes time to build up a track record or a following. It will probably take you three years of effort.

A Blog is Part of a Business

Many speakers at TBEX and other conferences urge you to “run your blog like a business,” but that’s just the start. Really your blog should be the centerpiece of a larger business, one that’s throwing off cash from multiple places. You should also be building assets that are worth something on their own, not just maintaining a personal diary that supports a fun lifestyle.

The successful travel bloggers I know who are still surviving and thriving during this worldwide travel recession did not have to be on the road all the time to keep the content flowing. They were also not 100% dependent on one or two revenue sources to pay the bills. Most of them have 10 or more income streams, so if 5 took a dive they were still getting by. Maybe they had to scale back and be more careful on the spending side, but they could keep doing what they loved instead of giving up and going to work for a big company.

If you have taken my Travel Writing success course, you know I’ve been harping for years on how important it is to diversify. Even having just one blog is risky, in my opinion, because that makes you far more fragile than if you have two or three. If you focus on just one thing, what if that one thing goes to zero? Running a blog about cruising would suck right now, as would one about music festivals, or a blog about one of the many countries that have shut themselves off from the rest of the world right now. I’ve got one site that’s all hotel reviews, so traffic has dropped by more than half. The one about Latin America travel isn’t doing so great either since half the countries are closed. But they’re just two sites of five, so I’m fine.

The same is true of freelancers, but this year has been even tougher for them. The ones who wrote 100% about travel saw many of their gigs dry up. The ones who also had a blog, wrote about finance, and also did ghostwriting work panicked for a week and then got to work. If you’re a pro, you know how to pivot.

There are a lot of great quotes in the second edition of my Travel Writing 2.0 book from writers who have had a decade or more of success, but I got so many I couldn’t fit them all in. Here are a few that didn’t make the book that are great words of wisdom for those who have made this fun job their real job.

“I’ve been willing to work a ridiculous amount of hours—still after more than a decade of Travelfish I still work ten hour days, six days a week. I’m still (mostly) loving it.”
– Stuart McDonald

“I have a background in marketing/advertising so I approach my site as if I’m a publisher, not a writer. It means I treat my site as a business and make decisions with a business in mind rather than personal preferences.”
– Ayngelina Brogan

“Travel writing is one part glamour and glory, one part persistence, and one part hard work. Okay, it’s actually three parts hard work. I believe I’ve been successful (relatively speaking) because I sit down and work daily, with regular hours. I don’t treat travel writing like a part-time job or a hobby.”
– Amy Whitley

“Put in the long hours, be prepared to wear lots of hats and learn new skills, and approach what you do with an entrepreneurial spirit.”
– Jessie Voights 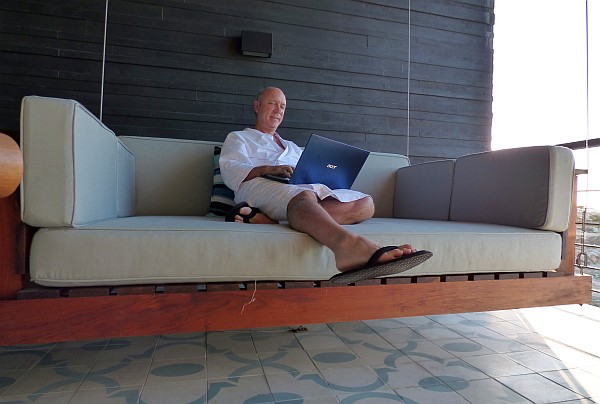 “I sought out writing and marketing opportunities with brands I already knew and trusted—and looked for those personal connections to make it a reality.”
– Adam Groffman

“My initial successes came from hobnobbing, meeting people, getting involved in writer/publisher organizations, and going to conferences.”
– Karen Misuraca

“It took me two years of almost full-time work to develop a writing career that paid the bills. Give it time and be patient.”
– Nora Dunn

“I started early, I didn’t put ads or sponsored content on my site, I didn’t quit, I didn’t listen to everyone and their mother who told me my articles were too long ;)”
– Jodi Ettenberg

Travel Writing is a whole different game than it was in the mid-1990s when I started out. It requires a wider variety of skills, more balls to juggle, and some content marketing skills you never had to employ in the print-only days. The good news is, there’s a lot more upside for those who get the mix right.

If you want to speed up the timeline and get clear steps to go pro as a writer/blogger, keep an eye on Travel Writing Overdrive site. It’s only open three times per year, so get on the notification list for updates.