When Lillie Marshall started AroundTheWorldL Travel Blog in 2009, she was a nomadic solo budget traveler. In 2012, she planted roots in Boston as a teacher, got married, and shifted to couples’ luxury vacation travel. By 2017, she had two young kids, and began covering family travel, education, parenting, and the arts.

But a funny thing happened. Each pivot actually brought increased traffic, and overall her readership trend has been upward, as she followed her passions and continued to publish regularly. “It sure it easier to start typing about something that’s a current interest,” she says, “versus writing an article out of inertia or a sense of chaining obligation!”

Many travel bloggers are going to get hit with a need to pivot (or start a new blog) sooner or later. The guy with the ubiquitous “nomad” or “vagabond” in his name stops moving to a new place every week. The family travel blogger becomes an empty nester.  The solo travel blogger falls in love. The full-time traveler’s side gig turns into a real job. The business travel road warrior has a baby and needs to stay home more.

As Lillie found though, a change in direction doesn’t have to be a negative.

See that giant spike in traffic in the middle of 2012 for AroundTheWorldL.com? That was the moment I published this Honeymoon article that went viral, and officially shifted my focus to fancy married travel. I’m sure I lost some solo backpacking readers, but clearly the pivot added far more new readers than those who left. This also opened the world of higher-commission monetization, as luxury hotels can provide big affiliate payouts.

My most popular article isn’t even about travel! See the strong upward trend in the graph after 2015? That was when the two articles I published about pregnancy (totally “off topic” for my travel blog) became the top Google search result for several extremely popular pregnancy keywords. Major traffic to these posts continues to this day. The lesson: if there’s a topic that you want to write about, even if it’s a complete departure from your usual topic, it could be the best thing you ever do for your traffic. Adding new topics also creates diversified monetization opportunities.

It didn’t stop there though. In 2016 she had her second child, and didn’t want to travel anywhere for a bunch of months because of the insanity of leaving the house with two kids under 4 years old. By necessity, therefore, she temporarily shifted her writing from a worldwide focus to Boston, as epitomized by this luscious write-up of a Boston food market. The results were powerfully positive. Though she lost some international readers, her local followers ballooned, and they were thrilled to read pieces of practical advice from an actual Bostonian. From Local to Wanderer

Chris Backe went in the opposite direction. He started blogging in 2008 when he moved to South Korea to teach English. The focus was on life as an expat, travel, sometimes food, sometimes news…

I wasn’t really connected to the larger travel blogging community, though around 2011 a number of bloggers focused on Korea began to network and get connected. Around this time, I tightened the focus to travel (especially the weird places) and life as an expat (though I had mostly tapped this subject out). I was also writing for a local expat magazine, which kept me in the know, sometimes on the guest list for shows, and so on. As one of the top handful of bloggers on the country, it’s safe to say I was a big fish in a small pond.

I left Korea in 2013, and quickly realized I couldn’t blog about the rest of the world on a blog called Chris in South Korea! I rebranded to One Weird Globe, and shifted the focus to unique / bizarre destinations and life as a nomad. I don’t have exact numbers handy, but it’s safe to say becoming part of the larger blogging community has put more money in the pocket. I might be a fish swimming in a much bigger ocean, but it’s a vast ocean I’ll be exploring for the rest of my life. 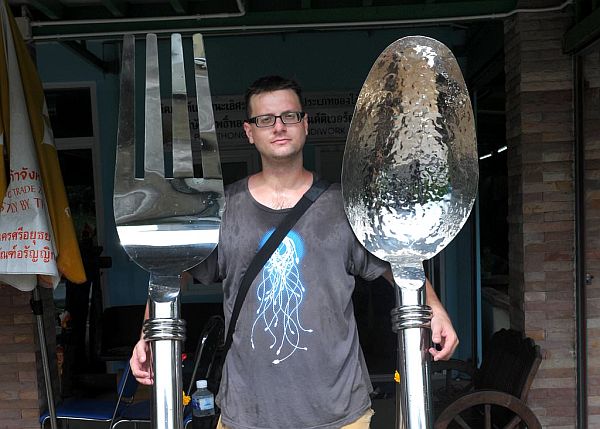 See more from Chris at One Weird Globe and his posts on the Perceptive Travel Blog.

What do you want to blog about when you grow up?

Maria Berneiser Hasse started out focusing on Study Abroad articles on her MariaAbroad blog, but eventually pivoted to focus more on travel and living abroad when her life situation evolved. Unlike some who get trapped with a name that doesn’t work in the new situation, hers allowed a seamless move from old to new. 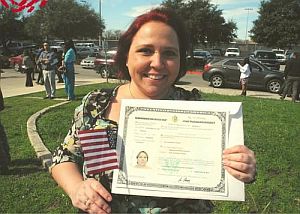 She grew up in Germany and was a high school exchange student in the USA, returning later to get a college degree in California. Then she got an internship in Bejing. Back in 2009 and 2010 she was writing about how studying abroad can help your career and whether to stay with a host family.

Now she is married and living in Texas, finished with her schooling. She now writes about craft beer, food, amazing places, and her experience in becoming a U.S. citizen.

Along the way my traffic has continued to pick up and I’ve found more ways to earn money from the blog as my audience has expanded. It’s hard to stay interested in writing about studying abroad when you’re not doing that anymore and you’ve moved to a new stage in your life. So I’m glad I made a transition that’s a better reflection of what my life is about now.

Are you coming to TBEX North America in May? If so you’ll be able to hear Lillie and Maria tell their story, along with Johnny Jet John DiScala, who recently became a father for the first time. Jen Leo will be moderating the panel. See you there!