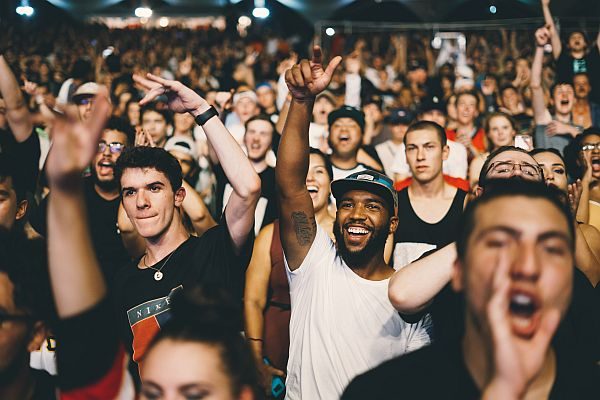 Editor’s note – This is an update of a post that originally went up in 2010, thus the old comments. I’m reviving it again because it’s an answer to one of the questions I get the most: “When can I start making money from my travel blog?”

One thing that freelancers have a lot of trouble adjusting to is the reality that, like it or not, succeeding in the new digital landscape often means first spending time “writing for free.” If you haven’t built an audience, you don’t get paid.

I’ve gone round and round with my own book publisher about this. She runs the successful and respected Writers Weekly newsletter, which is a great resource for paid writing gigs that are out there. She also campaigns tirelessly on the behalf of writers: calling out scammers, pointing to editors who make a fortune but don’t pay the content creators, and warning about contracts that are tilted heavily in the publisher’s favor instead of the writers.

In her eyes, you should never write for free. In my eyes, it’s the only way to become a true success at this in the long run. The old way meant constantly scraping by and constantly pitching the next story for the next assignment. It meant constantly trading time for money. There’s no ongoing revenue stream: your ongoing income depends on doing job after job after job until you drop.

Revenue Streams vs. Job by Job

Here’s the thing though. Nearly all the six-figure-earning travel writers out there are content owners with one or more regular revenue streams. They’re not just pens for hire. They run blogs, they run websites, they have best-selling books out, or—more likely these days—all of the above.

They are like property owning landlords rather than house painters or plumbers. They are building something that generates income and could possibly be sold someday, not just doing tasks that earn a per-job payment.

The fact is, as a freelancer, it is almost impossible to get to a six-figure income just based on what somebody else’s publications are paying you, even if you only write features for top-tier magazines. It just takes too many checks, even $4K a pop ones, to add up to $100K. An editor at the top of the masthead may make this much, but it’s a rare freelancer who does, in any subject field. Plus if you’re not on staff, you have to do it all again the next year, with just as many assignments in a declining print media world, to generate the same income.

Crass as it may sound, the way to really make money as a writer is to build a sizable audience and then sell them things they want. What you sell may be your services, your books, or something else. Or it may be things others have created, through advertising or affiliate links, for example. Really, this is what any magazine, newspaper, or newsletter does—the publications that freelancers work for. But instead of you getting a tiny cut of what that publication is selling to their audience, you get a sizable chunk of it, maybe even the whole shebang. It doesn’t take a math genius to figure out that getting 70% of $5,000 in ad revenue every month beats getting 0.00001% of what an airline magazine is bringing in each month.

Do You Have the Patience to Succeed as a Writer?

Getting to that point doesn’t happen overnight though. First you need an audience. Building an audience takes time and effort. That time and effort invested in the future will not pay you much, if anything, for a good six or twelve months. Maybe even two years. The payoff comes later. (See The Four Stages of a Successful Blog.)

On that note, this Travel Writing 2.0 blog started with no ads and no pitches for anything except the travel writing book. Eventually I added a few here and there in the sidebar or footer, but they’re an afterthought. There are no Adsense blocks pitching you sketchy “travel the world for free” courses.

Why would I run this site with almost no ads, paying an assistant in the process even?

Well, there are a few reasons. I want people to buy my book. Sometimes I get hired to speak or teach writing workshops. I run a course called Travel Writing Overdrive that I can promote to the right audience now that I’ve built up that audience. So the income is there, just in other forms. Plus I just enjoy profiling other writers and editors I meet, and digging in to see how they have found success.

Back when I wrote this original post in 2010, I had read an excellent e-book by Corbett Barr, who now runs Fizzle.co. It’s still available if you want to download it for free here: 18 Months, 2 Blogs, 6 Figures. Here’s a key quote from the book:

“It’s taken me 18 months to build up to this point…nearly 12 of those months were spent without any significant income from the business.”

I run multiple profitable websites and blogs, plus I sold one for tens of thousands of dollars when I wanted to scale back a bit. That one I sold took six years of hard work though to get to that point. I ran the Cheapest Destinations Blog for two years before it made a dime. It took Perceptive Travel three years to hit profitability.

The only one that got to profitability within a year was the luxury site I own, though it took years for the luxury travel blog part of it to earn anything—it was mostly just a tool to publicize new articles we were putting up. Now all of them together earn me more than six figures and I’ve been supporting a family as a travel writer for more than a decade now. By putting in the time “writing for free” way back when, I’m reaping the benefits of passive income now. Passive doesn’t mean no work, but I’m not directly trading time for money anymore. I do very little freelancing now because I don’t need to.

A mere 14 years in the making…

When Can I Start Monetizing?

New bloggers often ask how many monthly page views they need to have before they can start selling ads or making money. There’s no set answer to that because it’s going to be lower for a very targeted niche blog than it’s going to be for a general interest personality blog. The more general the subject, the higher your number will need to be. The more fanatical your tribe is about a subject, the more they will be willing to spend money by clicking on ads or buying something. So if you run the only blog about heliskiing, you’ll need a much lower number than someone blogging about her round-the-world trip.

The real test is whether you have built a tribe who cares enough to spend money with you—or you have built up such a clearly defined tribe that advertisers are willing to spend money reaching those readers. Some of this testing is automated, via network ads or Adsense. Some of it is not, like affiliate ads and direct advertising. You’ll know through attempts at either whether you are where you need to be or not. If there’s no reaction, you may just need to keep growing. Keep building an audience with useful content and don’t slow down your site with ads until it’s worth it.

It may sound like a paradox, but to get to the big bucks, you must first be willing to write for free, building for the future. If everything you write requires a per-word paycheck, you’re going to find it extremely hard to make a good living as a writer in the digital age. Not that it can’t be done, but Vegas offers better odds—and complimentary cocktails.