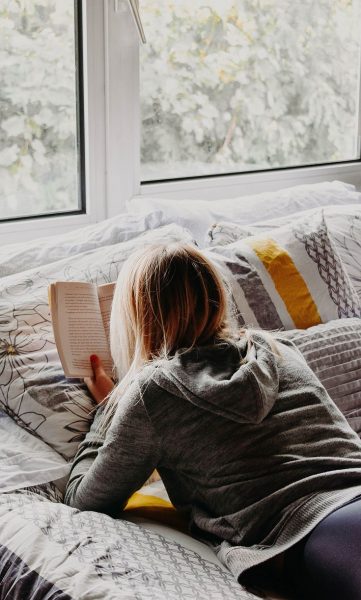 Photo by Jacalyn Beales on Unsplash

If you put out your own book instead of going through a traditional publisher, you’ll likely make a lot more money. You do have to commit to a lot more work, however, before that money starts coming in. For one thing, there are different tasks for different formats and platforms.

I make between $1,200 and $2,400 a month from book royalties on my self-published titles, but that income is from a lot of different sources. Some of those are true income streams, others are more like a faint trickle. There’s no 80/20 Pareto Principle at work here though, especially when I add up the three titles I have out there: two via a print on demand publisher, one straight through Amazon. Even with the POD publisher, I do direct for KDP Kindle releases. So sales are coming from eight different sources and one of these (Amazon’s international sites) can be broken down further by country.

So if you want to take some of the pressure off, go through a good print-on-demand publisher (I use Booklocker) because though this will lower your revenue numbers, it will take a lot of busywork and project management off your plate. If you have more time than money, however, you can do it all yourself with some patience and organization. I did that for one book and it has worked out fine.

Getting on Amazon Kindle

This is the easiest and most important sales channel. This dominant company sells more than half the books sold period and when it comes to e-books they’re the place where you’ll make most of your revenue.  Amazon does a pretty good job of explaining all the steps. Just be advised your price needs to be $9.99 or less to get the full royalty rate. There’s no cost to sell your book there though other than their (usually) 30% cut, which is quite generous considering the reach and power of their platform.

If your book has really simple formatting, you can format it for Kindle for free from a Word doc. If you want more control though, I’d advise paying someone on Fiverr or Upwork to do it and have them produce an ePub version as well. You’re going to need that for the next two steps…

I used to tell people they needed to be on Kobo if they expected to sell e-books in Canada. Amazon just doesn’t have as much impact up north and since it operates like a quasi-independent entity, the Amazon selection in Canada is more limited and more expensive than it is stateside. All that changed recently though when Walmart announced it was going to start offering Kobo books and audiobooks through their site and stores. I’m assuming they will push the Kobo reader as well. When the world’s largest retailer gets behind something, especially when it’s in conjunction with Japan’s top e-commerce company Rakutan, you know there will be an impact.

Go here for instructions on how to get your book on Kobo. Note that it needs to be in the ePub format, which is different than the Kindle format, so you have to sort that out first to have the right file. As mentioned earlier, you can find someone to do the conversion right on Fiverr or Upwork if you don’t have a super simple format. After that, be patient. Kobo has a reputation as being kind of a black hole for submissions, so keep checking in and alert them if it’s taking longer than the instructions say it should.

Getting Your Book into the Apple Store

Ask anyone who produces a podcast or an app and they’ll tell you that dealing with the Apple store is no easy task. This company delights in being a gatekeeper to a closed system and as you can see from the submission instructions, this is not a process that’s meant to be user-friendly. It’s a process meant to lock you into another Apple ecosystem with more software and app downloads.

Buying within that ecosystem is no picnic either, which is why so many iPhone users have the Kindle app instead of going through the iBookstore. I sell a few copies a month through here though to iPad users (presumably), plus it’s a part of “being everywhere,” so you might as well jump through the hoops. You already have the cover art and the ePub version at this point, so just block out some time and get it done.

People have written whole books about self-publishing paperback books, so I’m not going to go into detail here. Just know that if you self-publish in any way (POD, Kindle Direct Publishing, direct through Ingram Spark, etc.), you are not going to be in many bookstores. If you are putting out something that needs to be in physical stores—a coffee table book or thick cookbook for instance—then you probably need a traditional book deal. That’s because self-published books are generally not returnable, which means stores aren’t going to stock a lot of them. Even if your print-on-demand or vanity publisher promises you they can get you into stores, the truth is that they will just get you in distributor catalogs that stores can order from. Most of those stores will not actually order from there unless it’s to stock books for a signing or event.

For most authors, this is less of an issue each year though. More and more books are sold online each year and people have gotten used to finding lower prices there. What’s left are impulse purchases at an airport or Costco or a quick trip into a bookstore to buy a last-minute gift and get a cup of coffee. The choices then are these:

We could do a very deep dive on any of these and if you take the Mastermind version of my Travel Writing Overdrive course, we’ll have plenty of time to talk about your situation. All have their pros and cons. I’ve done the first two and will do both again. I have friends that have gone the #4 route and it can work for books with lots of photos. The third really only makes sense if you want a hardback to advance your business rather than make money. (If you’re a speaker or consultant, for instance.)

Here’s a typical month of Amazon earnings for me and that highest number is from paperbacks via KDP Print. All the others are from Kindle KDP e-book sales. The smaller line items are from different countries around the world. Through Kindle you get international distribution without having to deal with foreign rights contracts. 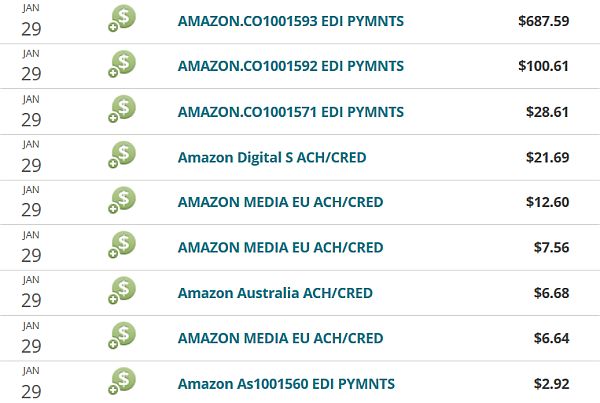 Putting out your own audiobook used to be an expensive gamble and it took a long time. Amazon changed all that when they bought Audible and incorporated a new business model into their existing system. Now you can do a royalty share arrangement between you, the narrator that you pick, and Amazon. I still can’t figure out the royalty structure because Audible’s pricing is variable between purchases and subscriptions, but I get between $50 and $100 a month from the audio version of A Better Life for Half the Price and the narrator is getting the same. When I put out a third edition of Travel Writing 2.0 someday, I’ll probably do an audiobook version of that as well.

Audible is not the only game around, so the next step is figuring out where and how to distribute elsewhere. I haven’t gotten around to that yet…

With A Better Life for Half the Price, I didn’t want to sell a $22 paperback and then turn around and let the e-book version go for less than half that amount. I put a year of work into that living abroad book and interviewed more than 50 people, so I felt it was worth more. I also wanted to do several other things: 1) give more value with bonus materials, 2) offer higher-priced packages with consulting, and 3) collect e-mail addresses from everyone who purchased. By selling direct, I could do all three of those things, so I set it up through a dedicated website on the front end and Gumroad on the back end. I may lose some sales in volume, but I earned $3,780 the first week of launch and have averaged $350 to $1,000 from direct sales every month since then, which was years ago. 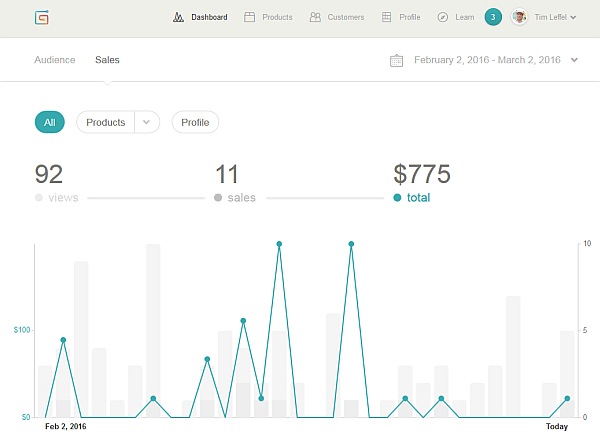 A metric that matters

This only works if you have an established platform in the niche you’re trying to address, but I did so it has worked out well. If you’re already a subject expert, you might be able to retain control and still sell a sizable number of copies. You can also set up an affiliate program and get others to market it in exchange for a commission.

What have been your experiences in self-publishing a travel book?